Bob Kronbauer, the man behind Vancouver is Awesome Since the Better Together online community launched several years ago, we’ve had the pleasure of immersing ourselves in the social media world and have met some incredible people along the way. One of these is a thought-provoking creative named Bob Kronbauer, the man behind Vancouver is Awesome, a news site that investigates and illuminates events, music, environmental activities and people that make Vancouver the awesome place that it is. This year, we invited Bob to join our judging panel for the Hands-on Cook-off Contest. Here, we track him down with a few personal questions, so you can get to know him, too. Enjoy!

BT: How did Vancouver is Awesome get started? What motivated you to launch the site?

BK: I actually moved away from Vancouver to live in Los Angeles in the late 90's when an online magazine that I started got bought up by a large dot com. I moved back to the city in the mid 2000's and that's when the idea for it started percolating. I was so thankful to be able to move back to the city that I truly love the most out of any place I've been but I didn't see that sentiment being shared anywhere at the time. Nobody wanted to remind me of the reasons why we all choose to live here, despite all of the bad, so I launched a media platform that was dedicated to just that. You can look in any direction if you want to hear what's wrong with Vancouver, there will never be a lack of that sort of news or opinion being shared, but if you just want the good stuff as a reminder of what keeps you here? That's when you look to us.

BT: We love the positivity! You’re also a dad. Tell us about your philosophy for cooking and eating with your son at home?

BK: Yes, my wife Katie and I have one son, Arlo. He's three and a half. We've got a pretty great ritual of eating together at the dinner table almost each and every night. Katie is a great cook and Arlo helps her in the kitchen wherever he can. Lately he's really excited about chopping mushrooms with an egg slicer, and he's getting the hang of setting the table, which is fun.

BT: How has fatherhood changed your journalism/activism, or has it?

BK: I don't know that it's changed those two things specifically; I think it's been more of a generally enhanced sense of forethought that I feel I've gained since becoming a father. How that translates into my role as a storyteller - I don't consider myself a journalist - well, I guess that remains to be seen. 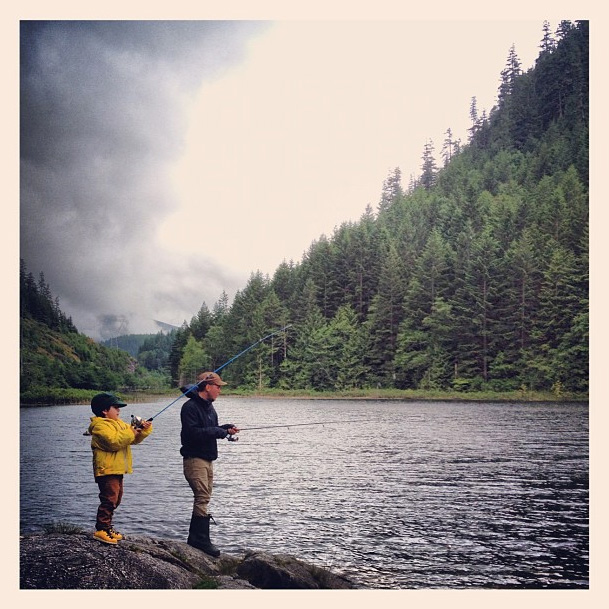 BT: We’re stoked that you are one of our Hands-on Cook-off contest judges this year. As a judge, why do you feel this contest is valuable?

BK: As a child in the 80's I remember the term "generation gap" being used a lot in the media. I never knew what it meant back then, and I understand it now but I feel like maybe it's not a buzzword anymore because people appreciate intergenerational dialogue and there truly aren't that many gaps between our generations these days. That being said, I don't get enough time in front of people who are my senior (I'm 35), so I'm looking forward to seeing entries where adult children are preparing meals with their parents. Of course I'm looking forward to seeing young families prepare meals with their little ones but for the sake of transparency as a judge I figured I might as well put my bias out there for all to see. Haha!

But seriously, going back to the topic of forethought, I think the value of this contest is huge. Better Together is showcasing the awesomeness of preparing and eating food as a family activity, and I hope that it reminds people of how enriching it is to do that and, in turn, makes all of our families healthier.

Thanks Bob! And to our community, don’t be shy; we’re still waiting for our first submission. Did we mention there are new prizes this year, and one category for first-time entries? Hint…